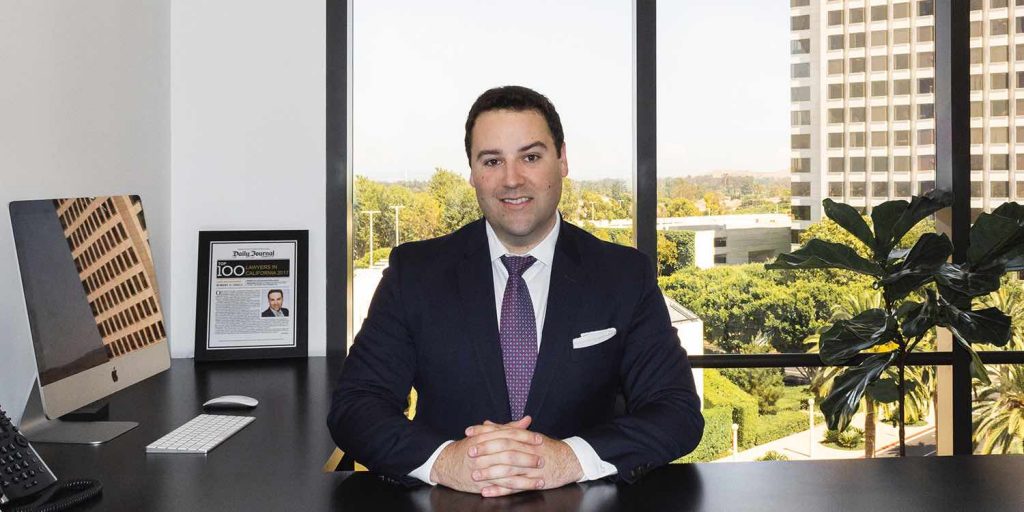 Robert A. Odell is an employment attorney for employees and the founding principal of Odell Law, PLC.  As an advocate for employee justice, Robert represents individuals in matters involving wrongful termination, workplace retaliation, sexual harassment, discrimination, whistleblower retaliation and a variety of other employment-related matters.

Robert has dedicated his practice to obtaining justice for hardworking, honest people who have been wronged by their employers. In doing so, Robert has been able to obtain incredible results for his clients and has quickly become one of the most successful employment attorneys in California.

Robert’s trial verdicts and results for his clients speak for themselves.

Immediately after graduating from law school, Robert was able to act as lead trial counsel and obtain a unanimous $1,400,000.00 jury verdict for his client, Huron Mayo, who has been discriminated against and terminated by her former employer. At the time, Robert was just 28 years old and had only been admitted to the bar for 18 months. As such, Robert became one of the youngest attorneys to obtain a seven-figure discrimination verdict.

Robert’s greatest success came in 2017 when he represented Steve Babyak, a medical device Area Manager who was retaliated against and terminated by his employer, Cardiovascular Systems Inc., after blowing the whistle on the company’s illegal kickback scheme.  CSI was represented by a large, multinational defense firm which aggressively litigated the case and insisted that Mr. Babyak’s claims were meritless. Despite CSI’s team of lawyers flying-in their firm’s most decorated trial attorney, Robert was able to obtain a unanimous $25,100,000.00 jury verdict for Mr. Babyak. Following Robert’s passionate closing argument, it took the jury only 27 minutes to agree on a punitive damages award of over $22,000,000.00.

The Babyak verdict became the largest single-plaintiff whistleblower verdict in California legal history. Further, at just 31 years of age, Robert became the youngest attorney in U.S. history to obtain an eight-figure employment verdict. Shortly after, Robert was listed by the Daily Journal (California’s largest and most respected legal publication) as one of the “Top 100 Lawyers in California.”

Today, Robert continues to represent primarily low-income and minority employees who have been discriminated against and wrongfully terminated by large, unscrupulous employers.