Age Discrimination in the Workplace

As the age for retirement gets older and older, more employees are experiencing age discrimination in the workplace. Companies are taking illegal and unfair actions against employees to follow a false ideology that their work force should remain “young” or “fresh” in order to succeed. As a result, many older employees are either terminated or forced to retire early, solely based on their age.

Age discrimination often times happens discreetly, therefore a multitude of cases go unreported. In the 1960s, Congress began to recognized that older employees were having more trouble finding work and maintaining their jobs due to companies preferring a younger workforce. For these reasons, Congress passed the federal Age Discrimination in Employment Act of 1967, or ADEA, which made it unlawful for an employer to discriminate against those who are of age 40 and older. 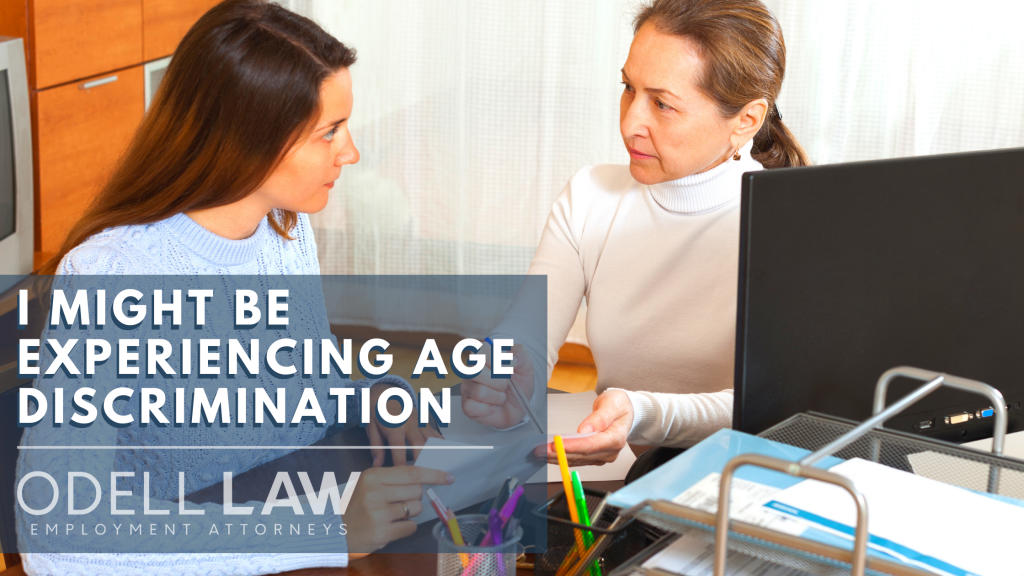 Be advised that the ADEA does not cover everyone. Protection under the ADEA applies to employees who:

In 1990, the ADEA was amended, adding the Older Workers Benefit Protection Act (OWBPA) to place further restrictions on employers in terms of how they treat their older employees. First, the OWBPA makes it illegal to discriminate against an employee based on age in regards to their benefits. Second, it prohibits employers from conducting a company wide lay off targeted at its older employees. Lastly, in the event older employees are asked to wave their rights to sue under the ADEA during their employment, it requires the waiver to meet certain criteria to make sure it protects the employee.

One method frequently used to terminate an older employee is the employer stating that they are simply “eliminating the position” altogether, thereby having no choice but to terminate the employee. However, with a closer look at the situation, the company might have instead renamed the position and assigned all of the same job duties to a younger employee.

Forced retirement is also another common situation that may indicate age discrimination.  When the ADEA was originally drafted, it only protected workers between the ages of 40 to 65. As a result, businesses began forcing employees over the age of 65 to retire and these actions were found to be permissible. However, during the Reagan administration, the upper age limit for forced retirement was removed alltogether and is no longer applicable today. Therefore, if you feel your employer is forcing you to retire, it is important to speak to an attorney who can help with age discrimination.

What Should I Do If I’m Facing Age Discrimination at Work?

There are many other instances that could qualify for age discrimination that are not easy to recognize and could be difficult for you to prove to a court on your own. Therefore, a skilled age discrimination employment lawyer can help point you in the best direction to take your case.

If you are still currently employed by your employer, filing a complaint with the Equal Employment Opportunity Commission or the Department of Fair Employment and Housing may be your best option. However, the EEOC mandates an employee only has 180 days since the most recent incident to file a charge against their employer. This is in contrast to the FEHA, which recently now permits an employee three years from the employer’s latest adverse employment action for a claim to be filed. Notably, the sooner you file a charge, the easier it will be for these agencies, or your attorney, to investigate your claims.

If you are terminated from your position and asked to sign a waiver, release or a severance agreement, we suggest consulting with an employment attorney before doing so because you could be signing away your right to sue your employer for any wrongdoing.

If you have any questions in regards to your employment rights, reach out to us today by calling (949) 833-7105 or emailing us at info@odelllaw.com for a free consultation