Can My Employer Reduce My Wages?

You have been working at a local business for several years, making a decent wage. One day, your boss calls you into his office and tells you that due to budgetary concerns, your salary is being reduced by 10%. Can he do this? 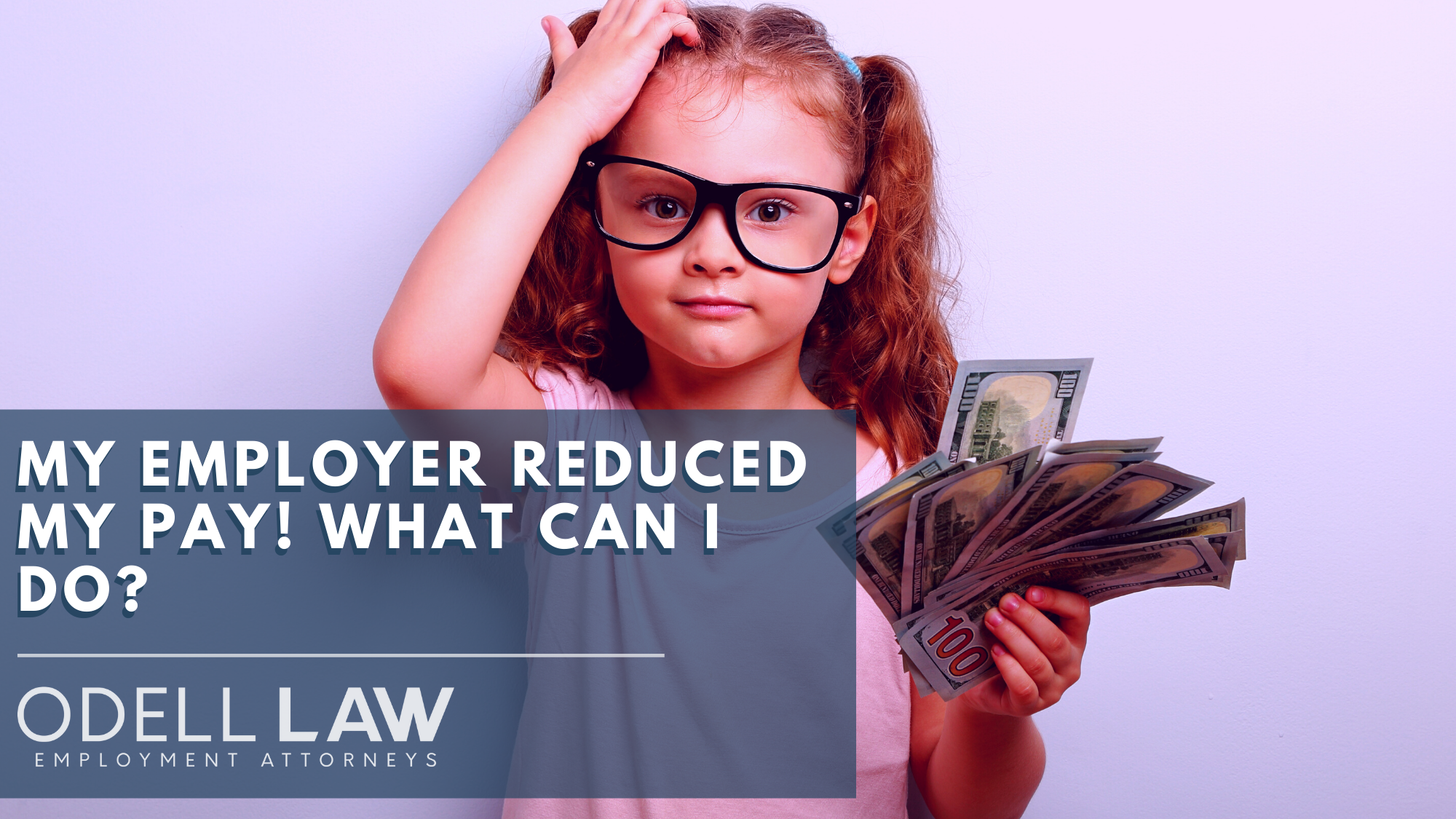 Generally, employers may reduce employees’ compensation for any reason — so long as that reason is not illegal and the new pay does not violate California’s wage and hour laws. If your boss reduces your salary or hourly pay too much, or in retaliation for you exercising your legal rights, you could file a lawsuit against them with the help of an experienced Orange County employment lawyer.

In California, a number of laws ensure that employees are paid appropriately. These laws affect both exempt and non-exempt employees.

Exempt employees are generally not covered by wage and hour laws because they are paid a salary.  To be considered an exempt employee, the person must primarily perform executive, administrative or professional duties, exercise independent judgment on the job, and be paid a salary that is equivalent to at least two times the state minimum wage, based on a 40 hour workweek.

It is also important to note that although the federal minimum wage is much lower than California’s, at $7.25 per hour, the higher rate of pay applies based on where you live.

Mark is a non-exempt salaried employee. His employer pays him $600 per week, regardless of how many hours he works. For some weeks, this might be permissible, such as if he works 40 hours and should be paid no less than $560. However, if he works 50 hours per week, then he should be paid at least $700.00  for his work. In this situation, Mark may be able to file a wage and hour lawsuit against his employer if he is paid less than minimum wage for the hours that he works, which is an unlawful employment practice.

Can My Employer Reduce My Salary or Pay?

As a general rule, employers may reduce your salary or wages for any lawful reason. There is no California labor law specifically prohibiting employers from reducing an employee’s compensation. However, the reduced salary or wages must still comply with California’s wage and hour laws.

For non-exempt employees, a reduction in compensation still requires the hourly rate or weekly salary to meet state and local minimum wage laws. If an employer reduces an employee’s salary or hourly pay to below minimum wage, the affected employee will have a cause of action to recover wages.

For exempt employees, the salary cut cannot result in below two times the minimum wage as described above. If the salary reduction dips below this threshold, then the employee would be considered non-exempt, and enacting other protections under California’s wage and hour laws, including overtime pay and meal breaks.

Most importantly, employers are not legally permitted to reduce your pay for any unlawful reason or in retaliation for an employee engaging in protected activity.  To help reduce disparity in compensation, both the Equal Pay Act and the Fair Pay Act were enacted to ensure men, women, and people of different races or ethnicities are compensated properly for performing similar work. These laws also permit employees to ask their colleagues about their pay to promote transparency in the work place.

Jane is working as a cook at a local restaurant and is being paid $18.00 per hour. She asks her colleague Joe how much he makes per hour, and is shocked to find out that he makes $21.00 per hour, despite the fact that they have similar qualifications and perform similar duties. Her boss finds out that she was asking others about how much they are paid, and the boss tells Jane her pay is being reduced to $14.00 per hour because of financial hardship due to COVID-19. However, Joe’s salary is not reduced. In this situation, Jane could file a lawsuit under California’s Equal Pay Act for the initial violation of paying her less than a male colleague and for retaliating against her by reducing her pay.

Similarly, an employer may not cut an employee’s pay for reasons such as reporting workplace safety concerns or filing a complaint about discrimination or harassment. If an employer does so, then the employee may be able to file a lawsuit against them.