I’m Still Struggling With Racial Discrimination At Work In 2020. What can I do?

What Steps Can I Take If I Think I’m Experiencing Racial Discrimination At Work In 2020?

In 2020, the topic of racial inequality has been front and center in American news and politics. While the unrest has largely been about racism in law enforcement, its also shed light on racism in our society as a whole.

Despite the awareness and many advances in our culture, racial discrimination still remains a persistent problem — including in the workplace. While workplace discrimination is forbidden by both California and Federal law, companies still regularly engage in this behavior when it comes to hiring and other employment practices. If you have been a victim of workplace racial discrimination, you have several options to address the problem, including the option of a lawsuit against your employer.

However, It can often be difficult to spot racial discrimination at work, as employers are often savvy enough to engage in more subtle forms of discrimination.

Understanding the Laws on Racial Discrimination

Employment discrimination because of a person’s race is a violation of both California and federal law. The California Fair Employment and Housing Act (FEHA) makes it illegal for an employer with 5 or more employees to discriminate against a person based on their race. Similarly, Title VII of the Civil Rights Act of 1964 forbids employment discrimination on the basis of race. Notably, harassment baed on an employee’s race is also illegal in all workplaces, regardless of the size of the company.

Under the law, race-based discrimination can take many forms, such as:

Mike is a Black man. At his office, he is the only person of color. After several months on the job, he learns that he is the lowest paid employee — despite having more experience than several of his colleagues. This may be an example of racial discrimination, if his race is the reason that Mike is paid less.

Vanessa has Italian heritage. Because of her skin color, her employee assumes that she is Latina and treats her poorly as a result, giving her the worst shifts and refusing to choose her for training programs that would allow her to advance. In this scenario, her employer may be discriminating against her based on her perceived race and ethnicity. As such, the employer could not escape liability simply by the fact that Vanessa is not actually Latina.

Importantly if an employee is being harassed because of their race and the employer refuses to step in, then the company could be held liable for that failure. Generally, if an employer knows about race-based harassment they are required by law to take reasonable steps to prevent or stop it from continuing.

Racial discrimination is not limited to people of color.  Discrimination against any person on the basis of their race is illegal.

Mary, a white woman, applies for a job at a local store. The manager decides to hire a less qualified Asian woman because he believes that white employees are more likely to steal. In this situation, Mary may be able to file a claim against the store for racial discrimination. 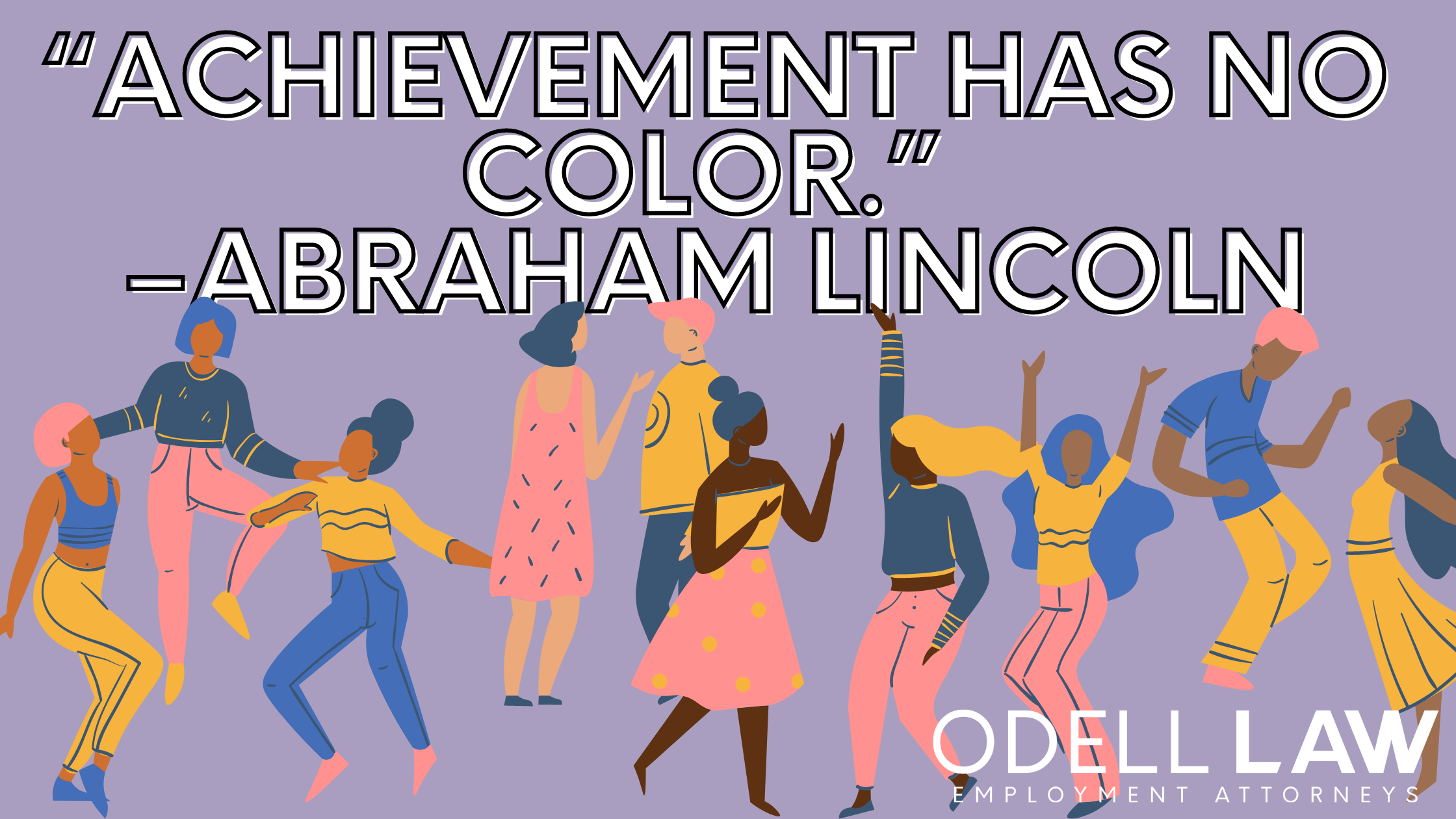 How Do I Know If I Was Discriminated Against Because of My Race?

Sometimes, racial discrimination is open and obvious, such as a racist or discriminatory comment made during a job interview.

Yet in most cases, racial discrimination is far more subtle such as:

Jon is Asian. Since the COVID-19 pandemic began, he has noticed that his boss leaves him out of meetings and that his performance reviews have gone from stellar to poor. When he asks why he wasn’t included in meetings or calls, his boss tells him that it was an accident — yet it keeps happening. Eventually, Jon is demoted due to his bad reviews. In this situation, his employer may be discriminating against him on the basis of his race — even if his boss never specifically said that he did not like Jon or want him around because he is Asian.

Sometimes, racial discrimination can be detected when a pattern emerges. There may be many reasons why a particular employee does not receive a promotion. But if no employee of color is ever promoted, then it may raise an inference that the discrimination is based on race.

Can I Sue My Employer for Racial Discrimination?

If you believe that your employer has discriminated against you because of your race, you may be able to file a lawsuit against them. However, you must go through a specific process in order to do so.

If you want to file a lawsuit against your company, you must first exhaust all administrative remedies. This means filing a complaint with either the California Department of Fair Employment and Housing (DFEH) or the federal Equal Employment Opportunity Commission (EEOC). There are advantages and disadvantages to filing a complaint with each agency.

An employment discrimination attorney can help you decide where to file based on the specific facts of your case. In many instances, it is more advantageous to have an attorney make the filing on your behalf so that nothing important is missed from your charge.

Once the agency has received the complaint, it will either conduct an investigation or issue you an immediate Right to Sue letter, depending on which option you choose.

If you or your attorney opt for an investigation, the DFEH will then send notice to your employer and request an official response or “position statement” from them. It may also offer to mediate the dispute before it moves forward with an investigation. At this point, the DFEH or EEOC will either decide to prosecute the case themselves, or will issue a right to sue notice. As mentioned above, there is also an option for California employees to obtain an immediate right to sue letter from the DFEH. Your lawyer can help you determine if this is a good choice for your case.

With a right to sue letter, you can file a lawsuit in either state (DFEH) or federal (EEOC) court. In a lawsuit, you may seek compensation for:

In some cases, you may also seek equitable remedies, such as being reinstated at your job or an injunction to prevent the employer from continued discrimination of other employees.

No matter how you decide to proceed with filing a complaint or a lawsuit, know that racial discrimination is illegal — and you don’t have to tolerate it.

If you believe that you may have been discriminated against on the basis of your race, reach out to us today by calling (949) 833-7105 or emailing us at info@odelllaw.com for a free consultation.

PrevPreviousHelp! I Am Being Discriminated Against At Work. What Should I Do?
NextAm I Protected If I’m a Whistleblower on Illegal Activities at Work?Next