California Says Yes on Prop 22: Is This A Victory for Gig Workers?

California Votes Yes on Prop 22: What This Means for Gig Workers

This week, Americans voted in what has been described as the most important election in modern history, deciding whether Vice President Joe Biden and President Donald Trump should lead our nation for the next 4 years. But beyond the presidential election, there were a number of important issues on the ballot here in California. This includes a decision on Proposition 22.
Prop 22 was a ballot measure that asked voters whether certain workers in the gig economy should be exempt from Assembly Bill 5 (AB 5). This law was designed to make it harder for employers to misclassify employees as independent contractors. 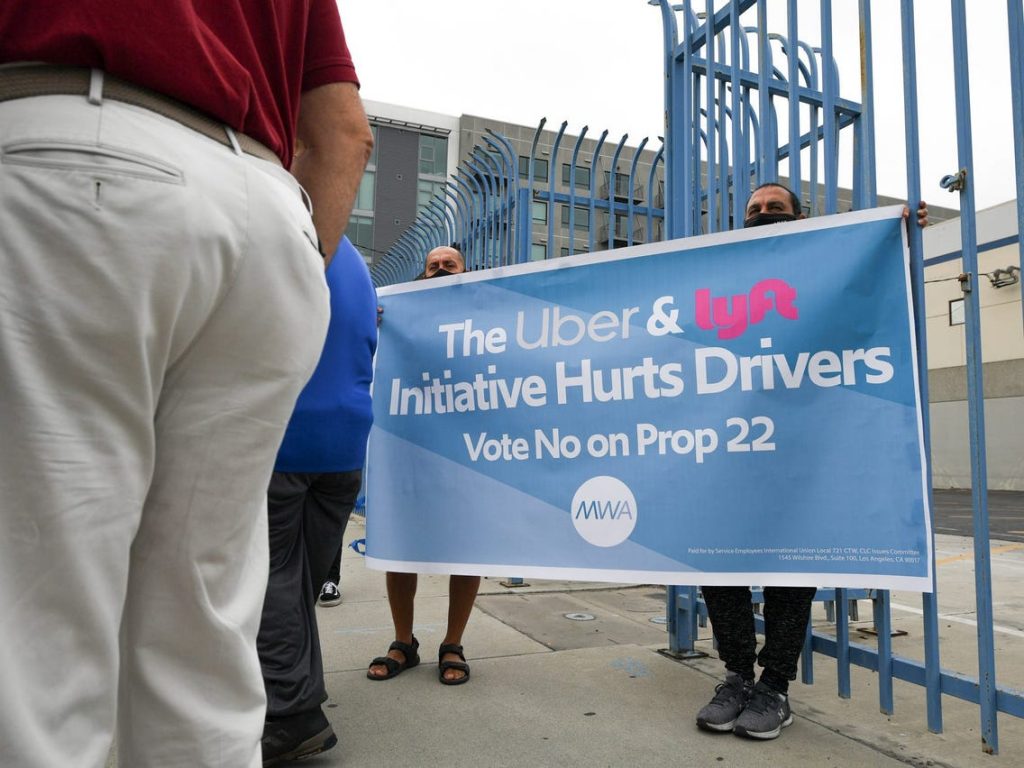 On Tuesday, 58% of California voters said yes to Prop 22. As a result, people who work for apps like Uber, Lyft and Instacart will now be exempt from AB 5 — and will remain independent contractors, rather than employees. Read on to learn more about this vote — and its implications — from an Orange County employment lawyer.

Assembly Bill 5 was a landmark piece of legislation passed by the California Legislature and signed into law by Governor Newsom on September 18, 2019. Its goal was to make a California Supreme Court decision, Dynamex Operations West, Inc. v. Superior Court of Los Angeles. In this decision, the Supreme Court adopted what is known as the ABC test to determine whether a worker is an employee or an independent contractor.

The ABC test is much more favorable to workers than the previous test used in California. Under this test, a worker is considered an employee unless their employer proves:

B. that the worker performs work that is outside the usual course of the hiring entity’s business; and

C. that the worker is customarily engaged in an independently established trade, occupation, or business of the same nature as the work performed.

An employer would have to prove each of these three elements in order to demonstrate that the worker is an independent contractor.

Through the Dynamex decision, the Supreme Court made it much harder for employers to get around paying employees what they are owed. AB 5 sought to enshrine that decision in California law.

In this situation, it is pretty clear that Debbie would be classified as an employee under the ABC Test. Her boss controls and directs how she performs her work, and Debbie’s work is within their normal course of business. As such, Debbie is entitled to the protections of employment — and is not an independent contractor under California law.

Legal challenges to AB 5 began almost immediately after it was signed into law. A number of industries would be seriously impacted by AB 5 — including California’s tech companies, many of which rely on independent contractors to provide the services that their apps offer.

In addition to filing lawsuits against the state to overturn AB 5, a number of gig economy companies worked together to get Proposition 22 on the ballot. Uber, Lyft, DoorDash and Instacart spent $200 million to get the issue on the ballot in November. They sent out mailers, ran advertising campaigns, and even sent drivers texts about the position.

It is easy to see why these companies would fight so hard to overturn AB 5. Their profits depend on paying individuals a minimal amount of money for their work — while they reap massive profits. If these corporations had to pay workers a fair wage and provide them benefits, rather than getting a set amount per ride or delivery, plus tip, their profits would take a nosedive. Unsurprisingly, the morning after election day, shares of Uber and Lyft rose 15 and 18%, respectively.

The other side of the equation are the people who work for Uber, Lyft, DoorDash and InstaCart. A person may spend hours shopping and making deliveries for InstaCart, for example — and at the end of the day, they will have earned far less than minimum wage for their efforts.

The gig economy companies did everything that they could do to confuse the issue for voters, doing things like sending out mailers to voters urging them to vote yes on Prop 22 and to vote a particular way on other issues. These mailers were designed to trick voters by claiming that they came from groups like “Feel the Bern, Progressive Voter Guide,” “Council of Concerned Women Voters Guide,” and “Our Voice, Latino Guide.” None of these groups are authentic political organizations. Instead, they were all created by a lobbying firm working for the backers of Prop 22.

The upshot of these election results is that individuals who work for gig economy companies will now be exempt from AB 5— and those companies can continue to classify their workers as independent contractors. AB 5 still applies to most individuals in California.

PrevPreviousAm I Protected If I’m a Whistleblower on Illegal Activities at Work?
NextExamples of Racial DiscriminationNext

What Should I Do if I Feel I’m Dealing with National Origin Discrimination at Work?

What Should I Do if I Feel I’m Dealing with National Origin Discrimination? Too often, many people who have immigrated to the United States find …

Can I Sue for Sexual Harassment During a Job Interview? Job interviews are almost always incredibly stressful. You want to make a good impression, and …