What Is Legal — and Illegal — to Ask During a Job Interview?

What Is Legal — and Illegal — to Ask During a Job Interview? 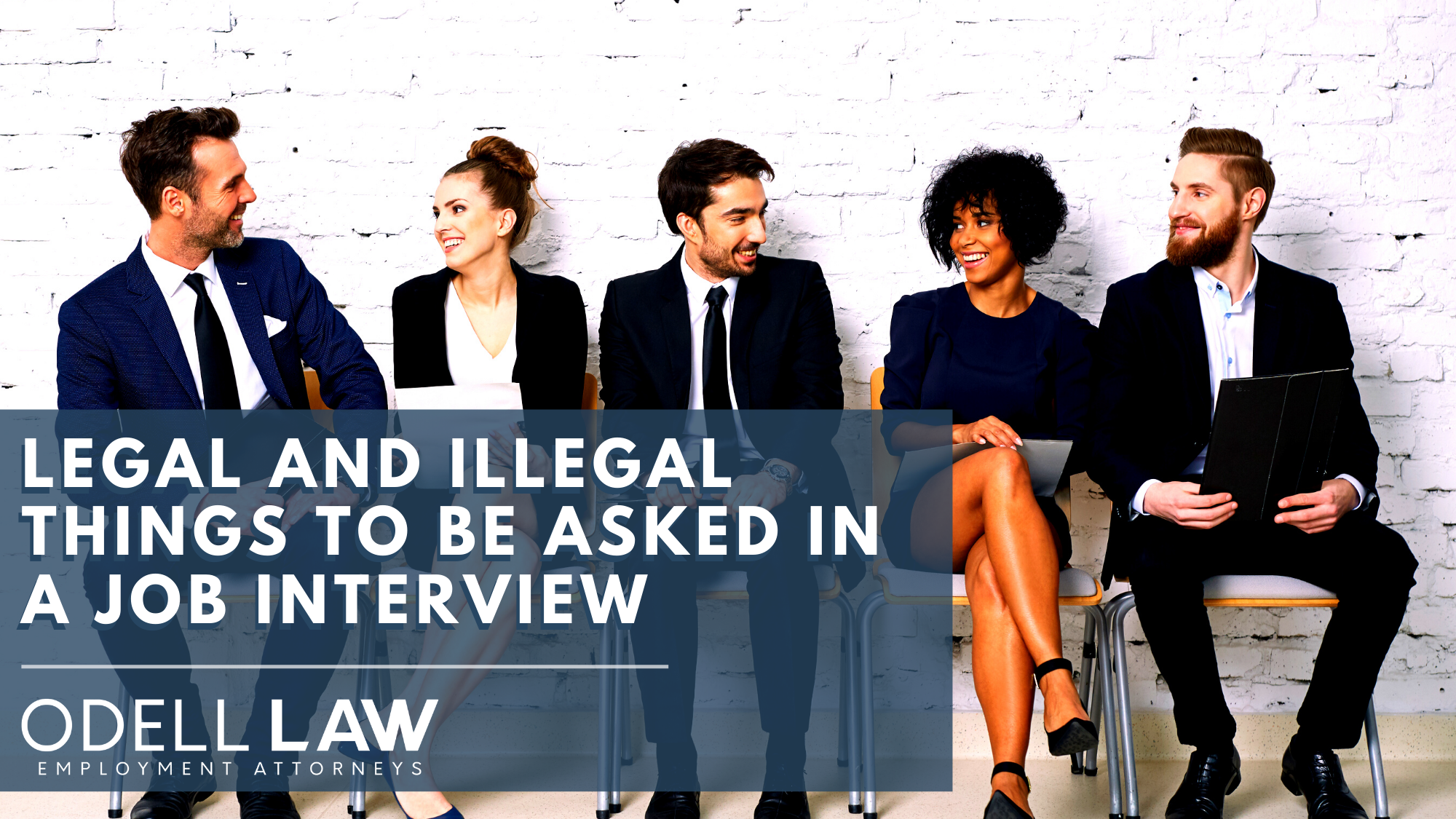 In fact, certain questions are more than just bad — they are potentially illegal. Generally, if an employer is sticking to questions that are related to your qualifications for the job, those questions are likely legal. For example, if you are applying to drive a truck, then it would be legal to ask if you have the required commercial driver’s license. Understanding what employers can and cannot ask you is key to protecting your rights. California law places limits on what prospective employers may ask people during interviews.

If you are asked an illegal interview question, then you may be able to pursue a legal claim against the employer. A seasoned Orange County employment attorney can advise you on your rights and options for filing a lawsuit based on illegal and/or discriminatory interview questions.

The California Fair Employment and Housing Act (FEHA) forbids employers from discriminating against job applicants and employees based on their membership in a protected class. Under this law, it is illegal for an employer to discriminate against you on the basis of:

The FEHA is much broader than its federal counterpart, Title VII of the Civil Rights Act of 1964, which protects some — but not all — of the protected classes listed above. If an interview question seems designed to have you admit that you belong to a protected class, it is likely against the law.

Mark goes to an interview for a position with a manufacturing company. John, the company’s vice president, interviews him. During the interview, John asks Mark a number of questions that seem designed to reveal Mark’s sexual orientation, such as, “Are you married? Do you have kids? Do you have a girlfriend?” These questions are not only irrelevant to the job — they are also illegal.

Some Additional Examples of Job Interview Questions That Are Likely Illegal Under The FEHA:

These are just some examples of potentially illegal questions that an employer may ask. In addition to the FEHA, two relatively new laws, Assembly Bill 1008 (AB 1008) and Assembly Bill 168 (AB 168) place additional restrictions on job interview questions. Specifically, AB 1008, otherwise known as California’s “Ban the Box” law, makes it illegal to ask a job candidate if they have ever been convicted of a crime before making a conditional offer of employment. This law is meant to reduce barriers to employment that many people face when trying to move forward with their lives after a conviction.

AB 168 prohibits employers from asking job applicants for their salary history information, or rely on such information in deciding whether to make a job offer or how much to pay a candidate. If a job applicant voluntarily discloses this information, it can be used as part of a multi-factor consideration in setting salary. This law is intended to address pay disparities, particularly for women and people of color, which are often used by employers to based a candidate’s salary on their previous salary.

What Can I Do If I Was Asked an Illegal Question During an Interview?

Despite California’s clear laws on legal and illegal interview questions, you may still be asked questions about your personal background, personal life, or previous job that are considered illegal. A skilled Orange County attorney can help you determine if you may have experienced discrimination during the interview process and help determine if there is a pattern of this type of behavior.

In some situations, you may be able to pursue a legal claim against the prospective employer, particularly if you were denied the job that you were otherwise qualified for after being asked an illegal question.