What Can My Former Employer Say About Me?

What Can My Former Employer Say About Me?

While on the job hunt, one of the most critical pieces of information that many prospective employers ask for is a list of references. For many people, obtaining those references is not a big deal. However, if you have lost your job or left on less-than-ideal terms, you may have some qualms about providing these references in fear of how it may impact your opportunity for a new job. 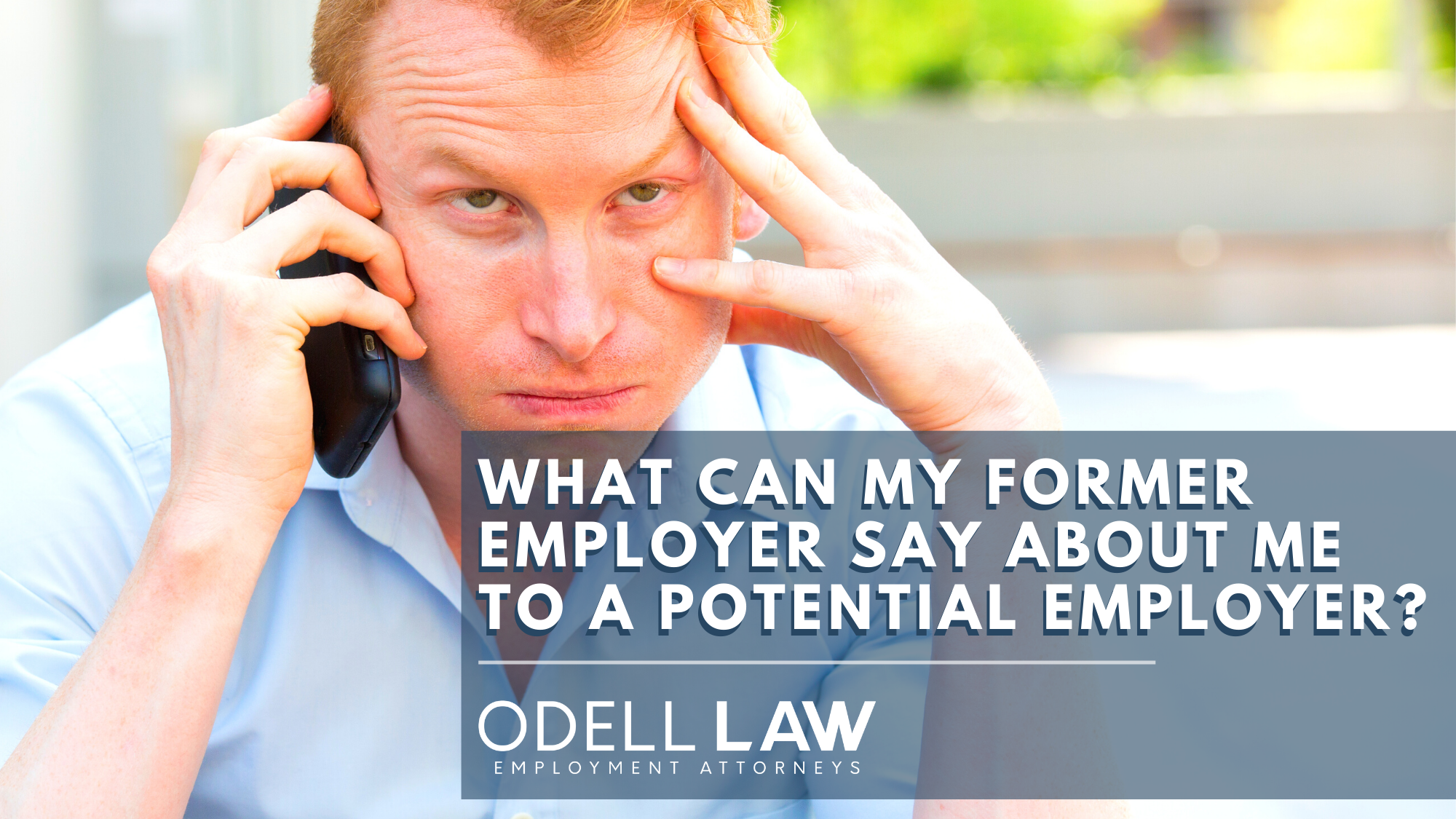 Under California law, an employer is not obligated to provide a reference for a former employee, but should it choose to do so, the employer may provide information about job performance, qualifications, and eligibility for rehire. Generally, employers cannot be sued for what is contained in these references as long as their statements are based on credible evidence and made without malice. However, if an employer knows that the statements are false, or acts with reckless disregard for the truth, it could find itself liable in a defamation lawsuit.

As a general rule, employers in California have a limited immunity (also known as a qualified privilege) for communications with other employers about a former employee. Generally, immunity provides absolute protection from potential lawsuits. However, a limited immunity is not absolute, leaving a window open for the employer to still be culpable for specific communications it makes outside of its qualified privilege.

Normally, former employers do not have immunity from making statements that are:

However, this does not mean that employers will automatically be liable if they make a statement that falls into one of these categories. Instead, the former employee will still need to prove that their employer defamed them.

In addition, if a former employer intentionally provides information about an employee without being asked to do so, this may qualify as evidence that the statement is either false or that it was made for the purpose of preventing that person from being hired. In this situation, the former employer may be held responsible for volunteering the information to a prospective employer.

Mary worked at a plumbing supply company for five years, and always received excellent reviews. She quit after her boss’ son began to sexually harass her — and the boss refused to take action to stop this behavior. When Mary interviewed for a new job at a different plumbing supply company, her interviewer told her he had heard she was a bad employee and stole from her former employer. However, this conversation took place before Mary provided a list of references to the potential employer. Here, because her former employer reached out to the potential employer to bad mouth Mary — preventing her from getting another job — Mary’s former employer could be liable for damages to Mary’s reputation or career.

To avoid liability, many employers limit reference information to basic facts, such as dates of employment, job title, and whether the former employee is eligible for re-hire. California law permits former employers to state whether they would re-hire a person if they are asked by a potential employer.

Under these laws, California employers can say a lot about a former employee to potential employers — as long as what they are saying is true and was not unsolicited. If a former employer makes a statement maliciously, with an intent to harm the interests of the former employee, then it could be held liable for its conduct. In most cases however, former employers are careful about what they say to avoid being sued for any false, reckless, or otherwise unprivileged statements that they may make.

If your former employer says things about you that are false and damaging, then you may be able to file a lawsuit against them. Typically, this comes in the form of a defamation lawsuit. Defamation is the act of damaging the reputation of another person, either in written form (libel) or orally (slander).

To succeed in a defamation lawsuit, you will need to prove three elements:

It can be challenging to prove a person suffered damage as the result of a false statement. However, if a former employer falsely accuses you of criminal conduct, says that you are incompetent, or accuses you of being dishonest, it may be sufficient to prove that you suffered losses.

In Mary’s example above, her former employer accused her of committing a crime — stealing from the company. This statement was not privileged because it was false, unsolicited, and her former employer published it by telling Mary’s prospective employer. Finally, Mary likely suffered damage to her reputation or career because being accused of embezzlement can make it incredibly difficult to find a job.

If you believe that a former employer has defamed you, then you may be able to file a lawsuit against them. A skilled Orange County employment attorney can evaluate the facts of your case and advise you of your legal rights and options for pursuing a claim.

What Should I Do if I Feel I’m Dealing with National Origin Discrimination at Work?

What Should I Do if I Feel I’m Dealing with National Origin Discrimination? Too often, many people who have immigrated to the United States find …

Can I Sue for Sexual Harassment During a Job Interview? Job interviews are almost always incredibly stressful. You want to make a good impression, and …