Many Americans look forward to their retirement, waiting for the day when they no longer have to grind it out at a 9 to 5 and can instead focus on their families, hobbies, and other enjoyable activities. Yet, others prefer to continue working for as long as they can, whether by choice or out of necessity.

This raises an important question: can an employer force you to retire? 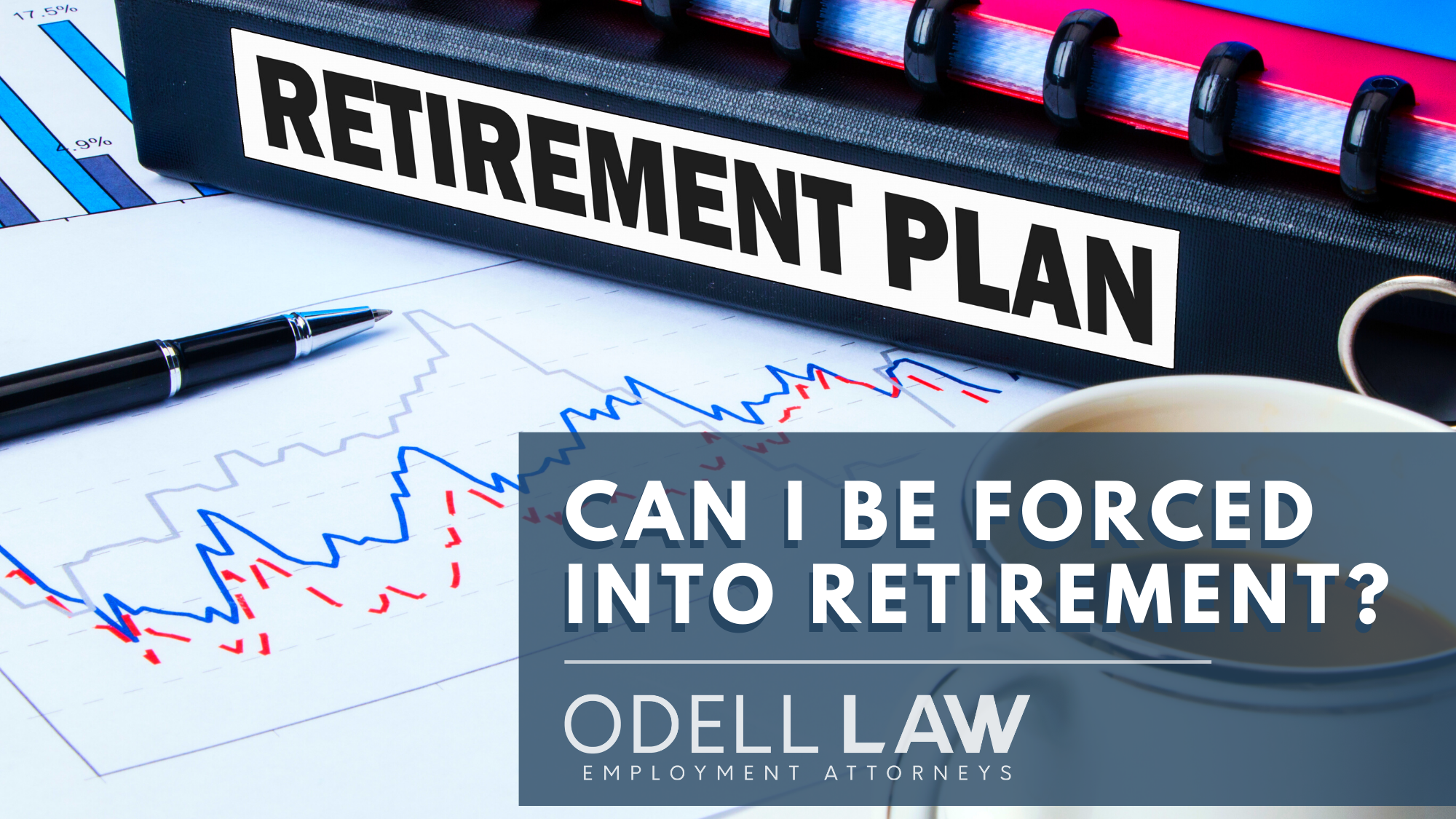 Under state and federal laws, age discrimination is prohibited against older employees, which often occurs when such employees become eligible for retirement. Although the laws do not specify a mandatory retirement age, many employers will illegally force employees to retire due to their age.

If you believe that you have suffered age discrimination at work — through forced retirement or in various other ways — you may be able to file a legal claim against your employer. A seasoned Orange County employment lawyer can help you with the process, starting with a no-cost, no-obligation consultation.

The Law and Forced Retirement

While many Americans choose to retire around the age of 65 when they become eligible for Social Security benefits, there is no age limit requirement  in the the California Labor Code or other similar federal laws. If your employer decides that you should retire because you are too old or because they want a younger worker to replace you, it is likely illegal age discrimination.

There are a few exceptions where employers may consider age in respect to the employee’s occupation. For example, public safety officers are usually mandated to retire by a certain age due to the nature of their job and its physical and/or mental requirements. In other situations, the ADEA exception, Bona Fide Occupational Qualification (BFOQ), may apply if the job itself requires someone of a particular age and ability to perform the job. Using the BFOQ as a defense is relatively rare, as being a certain age is not necessary to the performance of most occupations.

Can My Employer Incentivize Me to Retire Early?

If a company does offer a genuine early retirement package to an employee, they must give them a reasonable time to consider the offer and make a decision. However, a demand to make a decision about retirement on the spot could be deemed an involuntary termination based on age discrimination.

In addition, early retirement options typically include a waiver of your ADEA rights. For it to be legal, the retirement offer must be completely voluntary and meets other requirements stated in the ADEA. It is important to read this waiver carefully before signing and we recommend seeking legal assistance to properly review the documents.

In sum, forced retirement is just one way that employers may engage in age discrimination. If you believe that your employer has treated you differently because you are over the age of 40, you may be able to file a legal claim against them.