In decades past, labor unions were a strong force in the American economy, providing many benefits for employees when its comes to job protection. However, in the last few years, union membership has dropped significantly, often resulting in fewer workplace protections for employees. 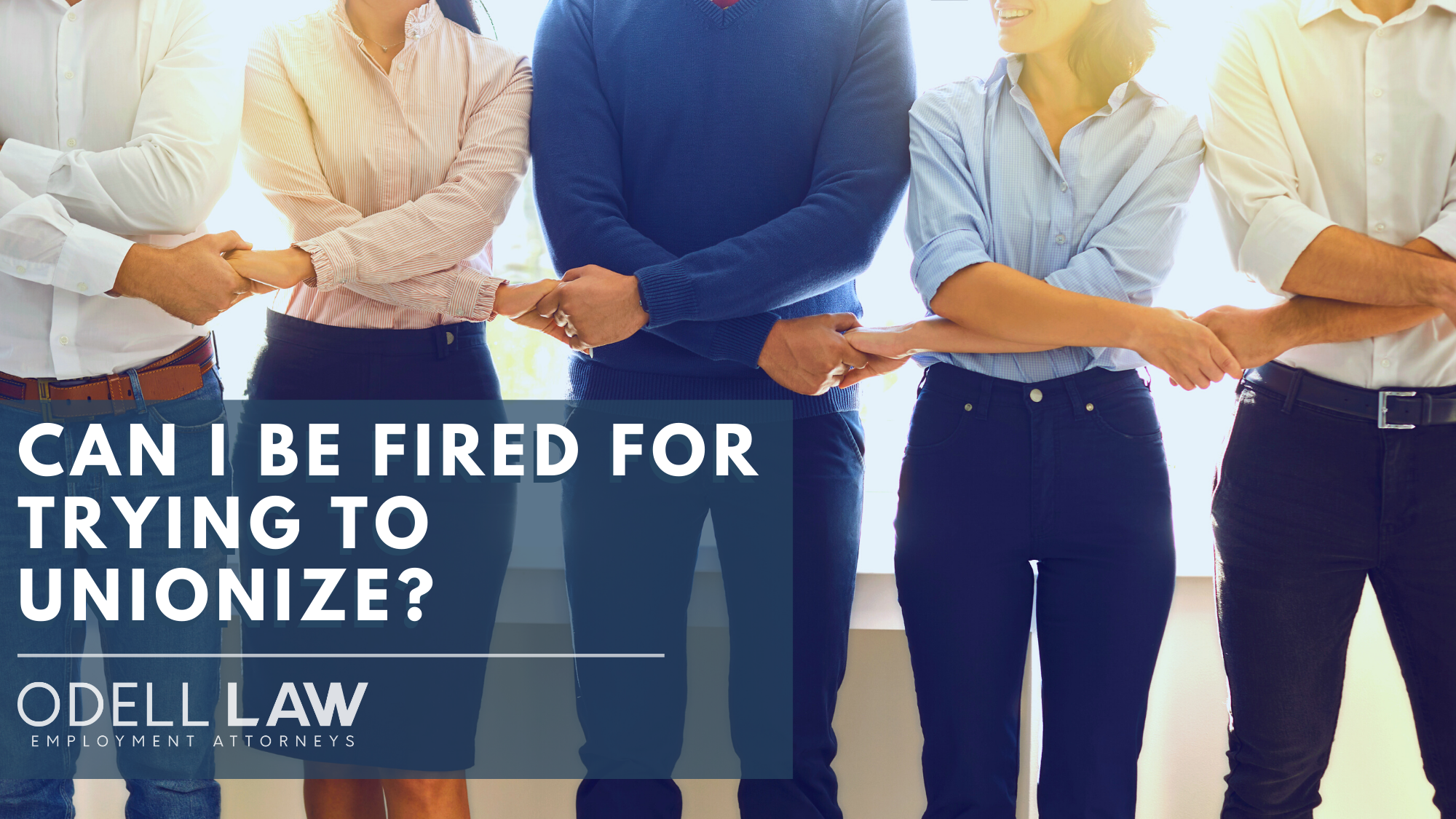 Recently, the House passed the Protecting the Right to Organize Act (PRO Act), a law that would give workers more power to unionize. President Biden has indicated that he would sign this bill into law — if it passes in the Senate. Unless and until that happens, American workers are only protected by existing labor laws.

Currently, many workers that try to unionize may find themselves up against employers who are adamantly opposed to their efforts. An example of this recently hit news headlines where an Amazon, Inc. employee was fired for organizing a strike over safety conditions during the COVID-19 pandemic. Under existing laws, companies may terminate employees who attempt to organize their colleagues, i.e. forming a union. So what are your options if you are fired for talking about forming a union?

Under federal law, you have the right to form, join, or assist a union, and cannot be fired for engaging in unionizing activities. However, there may be some situations where your employer may terminate your employment, such as if you are speaking about unionizing during work hours. If you were fired because of your attempts to unionize, you may be able to file a wrongful termination lawsuit with the help of a seasoned Beverly Hills employment lawyer.

Laws Related to Unionization in the Workplace

Due to the fact California is an “at-will” employment state, this means your employer may fire you for any reason — or no reason at all — so long as that reason is not illegal. However, employees may seek protection under the federal National Labor Relations Act (NLRA), which states it is generally against the law to terminate employees for joining a union or attempting to join a union.

Under the NLRA, employees have the right to:

The NLRA also ensures your employer may not fire, discipline, demote, or otherwise punish you for engaging in these activities.

However, employers still have the right to make and enforce rules about the workplace, as long as they are not discriminatory. This means that your employer for example, may make a role that limits soliciting and distributing materials, or ban employees from engaging in non-work discussions or activities during work times. The key is that these rules must apply across the board, and not just to acts of attempts for unionization. In addition, employers cannot enforce these rules during non-work times or in non-working areas (such as a break room or parking lot).

Bob works at a warehouse, and has became involved with efforts to unionize the workers there. His boss doesn’t want a union, and came up with a new set of rules that prohibited employees from talking about anything other than work and from handing out flyers. While on break, Bob talks to his colleagues about the union while they stood outside of the warehouse. His boss walks by, overhears the conversation, and fires Bob on the spot. In this situation, because Bob was on a break and was not in a work area, this termination was likely unlawful. Bob may be able to file a wrongful termination lawsuit against his employer.

How Can I Prove that My Employer Fired Me for Talking about Unionization?

Many employers are savvy, and know enough about the law to understand that if they say, “I am firing you because you want to unionize,” they will land in hot water. Yet there are many ways that employers may retaliate against employees for unionization efforts that are much more subtle. In the case of the fired Amazon, Inc. employee described above, the company claimed that the worker violated COVID-19 quarantine rules as a pretext for terminating him.

It is important to be mindful that employers may use a number of tactics to prevent employees from unionizing, including:

In addition, employers may come up with other reasons to penalize employees who try to unionize.

Chris works at a local university performing maintenance. He has always had good reviews and was considered an exemplary employee. However, after he began working towards forming a union with his fellow maintenance workers, his reviews changed drastically. One day, he is accused of using university property to do home improvements at his house, a charge that he denies. Chris is then fired. In this situation, it is possible that the university came up with a reason to get rid of Chris to prevent him from unionizing.

If you feel your employer is trying to retaliate against you, find out more information here.

Union organization cases may be complicated, as the NLRA does not apply to all employees. If you believe that you have been punished or fired due to your organizing activities, a skilled Southern California employment lawyer can work with you to help you determine your rights and options for pursuing a legal claim against your employer.