Can I Get Fired For What I Post On Social Media?

Can I Be Fired for Things I Post On Social Media?

During the COVID-19 pandemic, many of us are online now, more than ever before. Of course, being online isn’t anything new for most Americans, but it does raise some interesting questions when it comes to your rights as an employee.

In particular, posting on Facebook, Twitter or another social media site may impact your job. In our current political culture, it isn’t unusual for a person to get “cancelled” after saying or doing something online — which can lead to job loss and other consequences, but is this legal? Can you be fired for posting something on your own social media account? 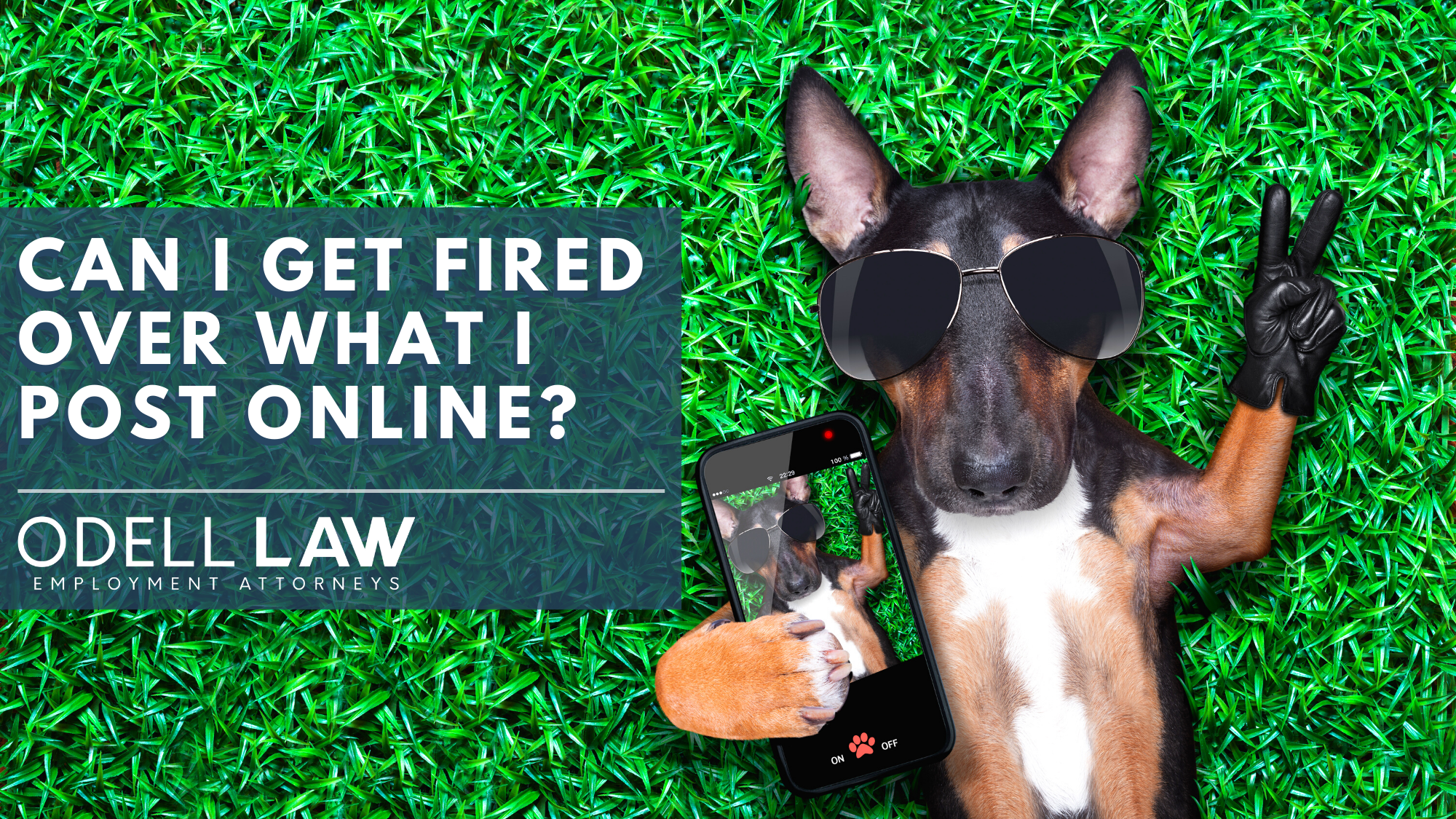 As a general matter, your employer can legally terminate you for what you post online — even if it is done using your own account and on your own time. However, there are specific situations where being terminated for social media posts may be considered a wrongful termination. A skilled Orange County employment attorney can work with you to determine whether you may be able to file a claim based on the specific facts of your case.

There are some limits to your employer’s ability to fire you for any reason, however. The termination cannot violate federal or state law, including laws that prohibit workplace discrimination, such as the California Fair Employment and Housing Act (FEHA) and Title VII of the Federal Civil Rights Act of 1964. If your employer ends your employment illegally, then you may have grounds for a wrongful termination lawsuit.

There are quite a few circumstances in which an employer may fire its employee for what the post online, which may include:

Will works in a retail store that normally closes at around 10:00 pm at night. After his shift ends, he walks across to the local bar to meet up with some friends. Will begins drinking and documenting his entire night on social media, showing him to be sloppy and rude to the bartenders. The next day, Will’s boss, Tim, receives calls about Will’s behavior, sees Will’s posts on social media, and notices Will was wearing the store’s logo on his shirt. Tim believes Will’s posts will have a negative impact on the store’s reputation and Tim terminates Will. In this situation, even though Will’s actions were legal and done on his own time, his termination was most likely legal.

However, there are situations where firing someone for what they post online could be illegal. If your online activities are protected by law, then your employer may not be able to terminate you for what you say or do.

When Are Online Posts Protected?

While employers can often fire employees for what they post on social media, that is not always the case. There are two situations where your online posts may be protected by law: if you are engaged in concerted activities or if your social media activity reveals that you are a member of a protected class. So…what exactly does this mean?

First, federal law protects the right of employees to engage in “concerted activities.” Under the National Labor Relations Act (NLRA), you have the right to join together with your coworkers to improve your lives at work, regardless of whether you are unionized or not. This includes online activities, such as posting about conditions at work or assembling colleagues together in an online group to talk about things that are happening at work.

Not all online talk about work is considered a “concerted activity.” What you are posting must relate in some way to group action about your work. Under this rule, posting about your pay and asking coworkers to share their pay so you can demand fair compensation may be protected. However, if you are simply complaining about work as an individual, it most likely won’t be protected under the NLRA.

Second, if your employer learns that you are a member of a protected class through your online posts, and fires you as a result, you could file a lawsuit for wrongful termination and/or discrimination. Title VII protects employees from workplace discrimination and harassment based on their race, color, national origin, religion, sex, age, or disability. The FEHA further protects Californian employees from discrimination and harassment based on their sexual orientation, gender identity or gender expression, medical condition, genetic information, marital status, and military and/or veteran status. Under these laws, your employer cannot fire you or otherwise discriminate against you because you belong to one or more of these protected classes.

Emily, who is part of the LGBTQ community, posted a picture of herself holding hands with her girlfriend on her personal Instagram page. Emily’s boss, Tom, sees the picture Emily posted on her social media account. As a result, Tom decides to terminate Emily because he is against same-sex relationships and does not want to continue employing Emily as a result thereof. In this situation, because Emily’s social media post relates to her membership in a protected class, it is possible that her termination was discriminatory and therefore illegal.

Social media makes it easy for us to connect with others — and sometimes, makes it too easy to share our thoughts and opinions. While we generally have a right to express ourselves, that does not mean that we can do so freely without consequences. In particular, if your employer objects to something that you post online, it could lead to you being terminated.

Of course, as described above, there are situations where being fired for what you posted online may have been illegal. If you believe that you were wrongfully terminated, reach out to an Orange County employment lawyer to schedule a free consultation.

Do I Have to Give a Two Weeks Notice?

Do I Have to Give Two Weeks Notice? You’ve been grinding away for 40 hours a week at a job that you hate. You apply …

Drug Test: Can I be Fired for Failing in California?

Can I Get Fired If I Fail a Drug Test in California? For many employees, drug testing is a common occurrence. A prospective employer might …

Can I Be Forced into Retirement? Many Americans look forward to their retirement, waiting for the day when they no longer have to grind it …