Can My Boss Fire Me for Going to AA?

Can My Boss Fire Me For Going to Alcohol Anonymous (AA)?

Alcoholism is a chronic disease that affects more than three million people each year. It potentially could result in a multitude of issues such as binge drinking, problems controlling one’s drinking, aggression, or a habitual use of alcohol regardless of the consequences. Whether alcoholism or other related issues are considered disabilities under the law, will determine your rights in the workplace.

Law Relating to Alcoholism and Other Related Issues 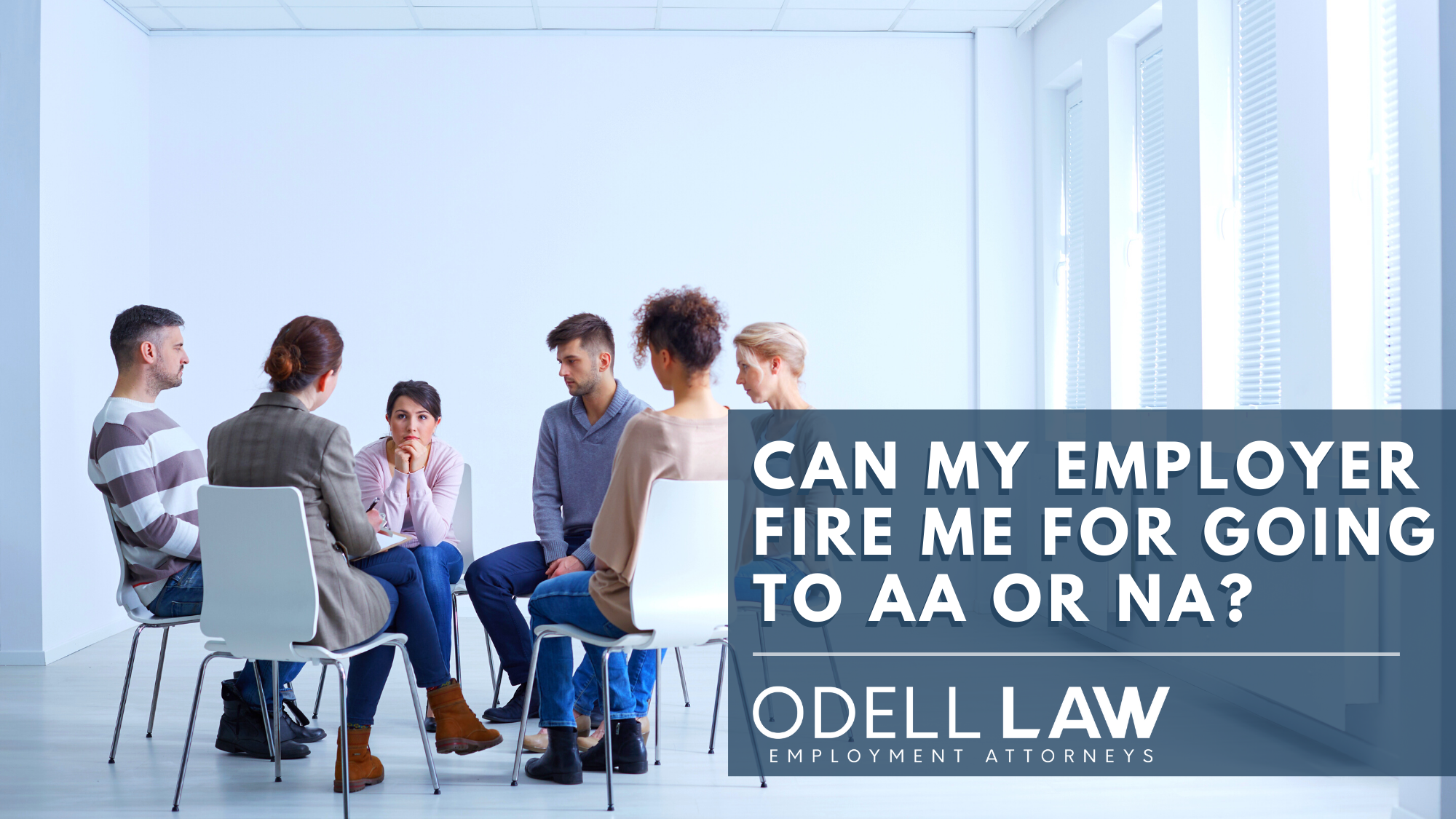 Both the ADA and FEHA recognize alcoholism as a disability. This means that people who suffer from alcoholism are entitled to the same protections as people with other qualifying disabilities. It is important to note that the ADA and FEHA exclude people who are actively using illegal drugs from its definition of disability. This means the laws will not protect people who are addicted to drugs if they are still using while attempting to assert their rights under the ADA.

Mike and Dale both work for the same company. Dale is an alcoholic, while Mike has a current opioid addiction. Under both the FEHA and ADA, Dale is considered a person with a disability. However, due to the fact Mike is actively using, his employer may be able to fire Mike for his addiction without facing a disability discrimination lawsuit. Mike is only protected by the FEHA and the ADA to the extent that he is not currently using opiates illegally. Conversely, if Dale is still drinking alcohol, his employer may face a lawsuit if he fires him for being an alcoholic.

A bedrock principle of many recovery groups, including Narcotics Anonymous (NA) and Alcoholics Anonymous (AA) is confidentiality. Members of these groups abide by a rule to not disclose the names of other members, or what was discussed at meetings. This principle is critical, given the stigma often associated with addiction.

However, there are situations where a person may be outed as a member of NA or AA. This could be intentional, or it may happen by accident.

If Mike’s boss happens to be walking by just as Mike gets out of a NA meeting, he might discover that Mike is in the group.

Due to the fact alcoholism is considered a disability under both federal and state law, and drug addiction may be considered a disability if a person is in recovery, it may be illegal for your employer to fire you for going to NA or AA. If you are fired for going to NA, AA, or otherwise working to stay clean and sober, then you may be able to file a disability discrimination lawsuit against your employer, with the help of an experienced Orange County employment lawyer.

Can I Take a Leave to Seek Treatment?

Substance abuse disorder can be a difficult disease to treat. For many people, recovery starts with participating in a rehabilitation program. Under California law, the right to take leave to voluntarily seek alcohol and drug rehabilitation is guaranteed. This law applies to all private employers who regularly employ 25 or more employees.

If your employer retaliates against you for taking protected leave for any reason relating to alcoholism or being a recovering addict, you may be able to file a claim with the California Department of Fair Employment and Housing or pursue a lawsuit against your employer.

For more information on disability discrimination, visit our website here. If you have any questions in regards to your employment rights, reach out to us today by calling (949) 833-7105 or emailing us at info@odelllaw.com for a free consultation.