Can I Sue My Employer If I Don’t Receive a Promotion?

You have worked hard at your job, staying late, taking on extra work whenever necessary, completed trainings on your own time, but when your annual review rolls around, you find out that you did not receive the promotion that you wanted. May you sue your employer?

There are a limited amount of scenarios in which you might have grounds to sue your employer if he or she does not give you a promotion, so long as it is based on an illegal reason. If there is a form of employment discrimination present in your potential case, you may possibly file a lawsuit for promotion discrimination or wrongful failure to promote. 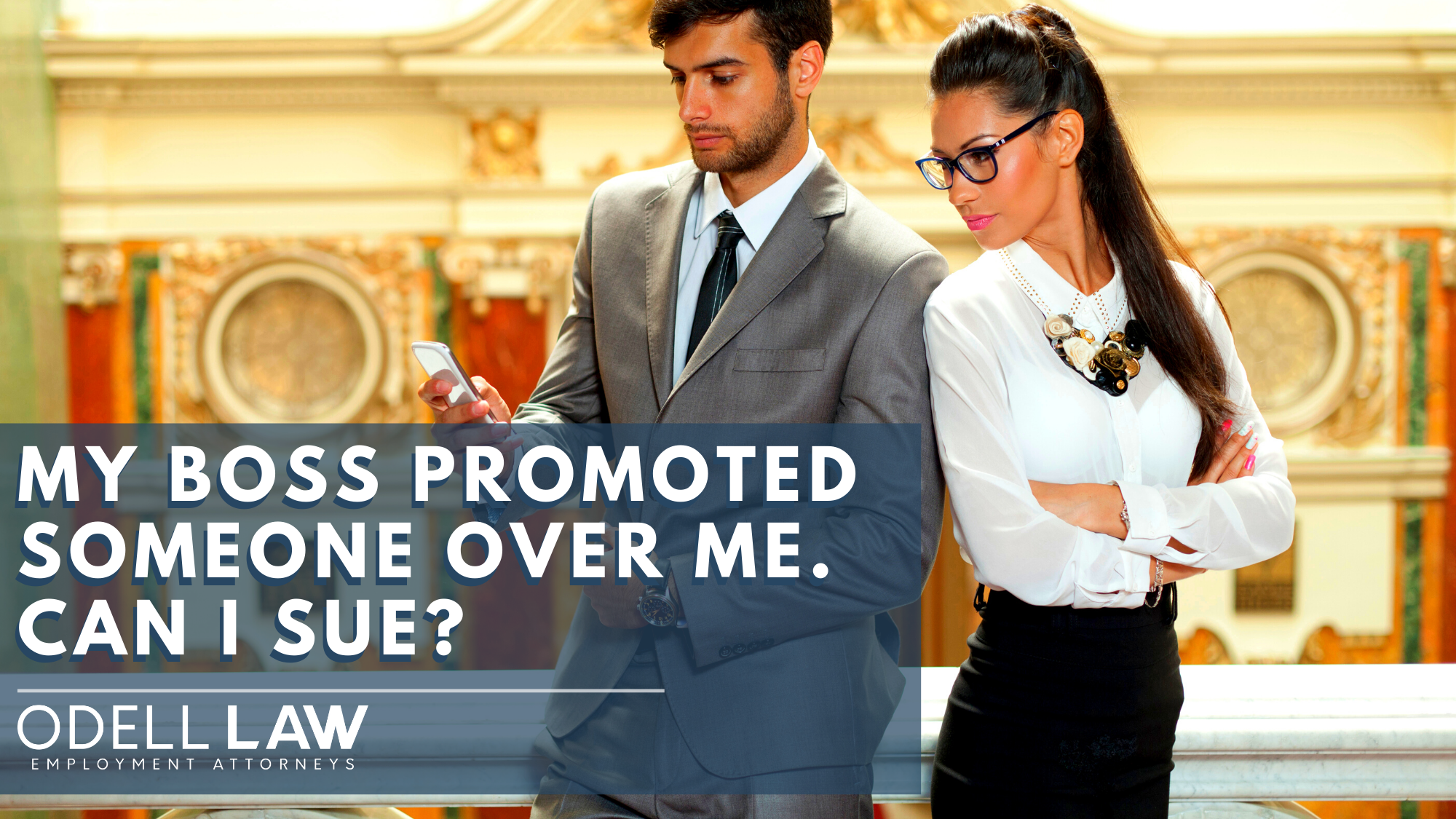 If you believe that you were passed over for a promotion because your boss is discriminating against you in some way, you may be able to file a lawsuit against them. An Orange County employment lawyer may help you with the process, starting with a free case evaluation.

What Is Promotion Discrimination?

If you are a member of one or more of the above protected classes and your employer fails to promote you on that basis, then you most likely may have a potential case against your employer.

Omar, a Muslim man, works for a nonprofit agency as a fundraiser. He consistently outperforms his fellow fundraisers, bringing in a significant amount of money for the organization. When the executive director of the agency promotes one of his lower-performing colleagues instead of Omar, Omar wonders if he was passed over because of his religion. In the past, he has heard his boss make disparaging comments about Muslims, and more specifically about Islamic religion. In this situation, Omar may have a  potential claim against his employer for wrongful failure to promote — particularly if  he can prove that he is better qualified than the coworker who got the job and he was refused due to his religions beliefs..

Of course, not every instance in which an employee is not promoted is the result of discrimination. There are a number of legitimate reasons why an employer may choose to not promote an employee to a higher level position — such as a lack of education or experience, choosing a more qualified candidate, or poor job performance. In these situations, a lawsuit for promotion discrimination would likely fail.

However, employers rarely tell employees they are not promoting him or her for discriminatory reasons. In many situations, an employer will give a pre-textual reason to cover up a discriminatory motive.

Shortly before making the promotion decision, Omar’s boss began giving Omar bad reviews and criticizing every one of his tasks. For years, Omar received the highest reviews and had been praised for his work. However, it is important to note Omar’s boss may have began to give Omar negative reviews to cover up the true reason for why he did not promote Omar (assuming it was due to national origin and/or religious discrimination). A skilled Orange County employment lawyer will fully analyze the facts of a case to determine if there may be a discriminatory reason for the failure to promote.

How Do I File a Lawsuit for Wrongful Failure to Promote?

If you need assistance during this process, an Orange County employment lawyer can advise you and advocate for your rights, which may result in your entitlement to damages for lost wages, lost benefits, and other forms of compensation.