Drug Test: Can I be Fired for Failing in California?

Can I Get Fired If I Fail a Drug Test in California?

For many employees, drug testing is a common occurrence. A prospective employer might require you to take a drug test as a condition of employment, or your current employer may require random drug testing. In any situation, many Californians are all-too-familiar with this requirement, but what happens if you fail a drug test? 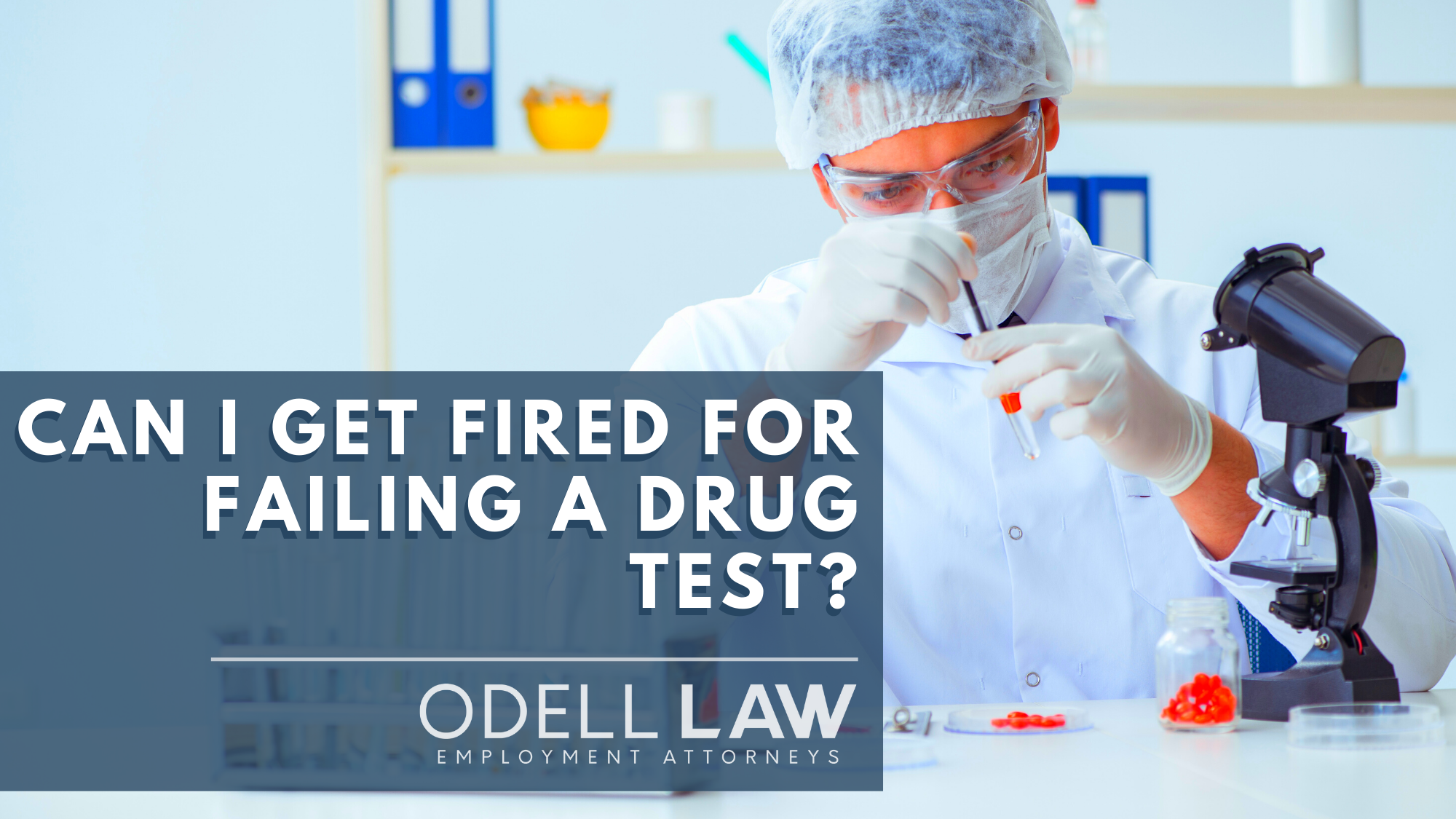 In California, all people have a constitutional right to privacy. Generally, drug testing is legal under federal and state law. However, in certain situations, an employer may violate the law by drug testing specific employees or firing employees who take medication for a disability. If you are terminated for failing a drug test based on a medication that you take for a medical or mental health condition, you may be able to file a disability discrimination claim against your employer with the help of a seasoned Orange County employment attorney.

What Rules Apply to Drug Testing in California?

For job applicants, employers may require prospective employees to pass a drug test as a condition of employment. However, this is only permitted as long as a company tests all employees, and doesn’t single out certain job applicants based on their race, disability, or other protected characteristics.

Similarly, employers may require employees to submit to drug tests after they have been hired. To determine whether a drug test was legal, California courts will balance the reason for testing against the employee’s expectation of privacy. Random drug testing is rarely permitted, except for positions where drug use could affect safety. However, an employer may require a specific employee to submit to a drug test if they have a reasonable suspicion that they are using drugs, based on objective facts.

Brooke is a long-term employee of a manufacturing company. While she has always performed well at work, over the past weeks and months, she has started to come into work late and make lots of mistakes. She also has been slurring her words and has fallen asleep during her breaks. Under these circumstances, where there are objective facts that point to potential drug use, her employer may be justified in asking her to submit to a drug test.

However, if Brooke was not displaying any of these signs, then it may not be legal for her employer to ask her to take a drug test. If the employer was annoyed with Brooke for taking vacation days, for example, and asked her to submit to a drug test when she returned, that may be illegal. These types of cases are very fact-specific, so a court will look to a number of factors — such as whether a policy on drug testing is written out in an employee handbook — to determine if Brooke had an expectation of privacy and if her employer’s demand for drug testing was reasonable.

Importantly, although California has legalized marijuana for both recreational and medicinal purposes, employers may still refuse to hire an applicant who fails a drug test for marijuana — even if the job applicant is using marijuana for medical purposes via a prescription from a doctor. In addition, employers are still allowed to maintain policies regarding a drug and alcohol-free workplace.  For this reason, as long as employers do not violate employees’ reasonable expectation of privacy, they can still drug test for marijuana — and may also legally fire an employee whose drug test comes up positive for marijuana use.

Is It Legal for My Employer to Fire Me for Failing a Drug Test?

As a general rule, an employer may terminate your employment (or refuse to hire you) if you fail a drug test. Depending on the facts of your case, you may be able to challenge the drug testing as a violation of your constitutional right to privacy. There may also be other legal issues that arise from drug testing.

Many Californians take a variety of prescription drugs to manage their medical and/or mental health conditions. Some of these prescription medications may show up on drug tests, such as opiates (like Vicodin) for pain management, methylphenidate (such as Concerta) for ADHD, or even a benzodiazepine (such as Xanax) for anxiety. If you fail  a drug test due to a legally-prescribed medication for a disability, and are fired (or not hired) as a result, you may be able to file a claim for disability discrimination. Keep in mind that under current California law, if the substance in question is medical marijuana, you will probably not be able to make a disability discrimination claim.

If your employer only tested certain employees or job applicants based on a protected characteristic, such as race, age, or gender, this may lead to an employment discrimination claim.