What Is Affirmative Action?

Affirmative Action programs were designed to ensure that historically marginalized groups had equal opportunities in education and employment. Although California bans affirmative action when used by public universities and the government, employers in the private sector may still use these practices in certain circumstances.

Depending on how an employer designs its affirmative action program, it may violate federal and state anti-discrimination laws. A skilled Los Angeles employment lawyer can help you determine if your employer violated these laws, and work with you to file a discrimination claim. 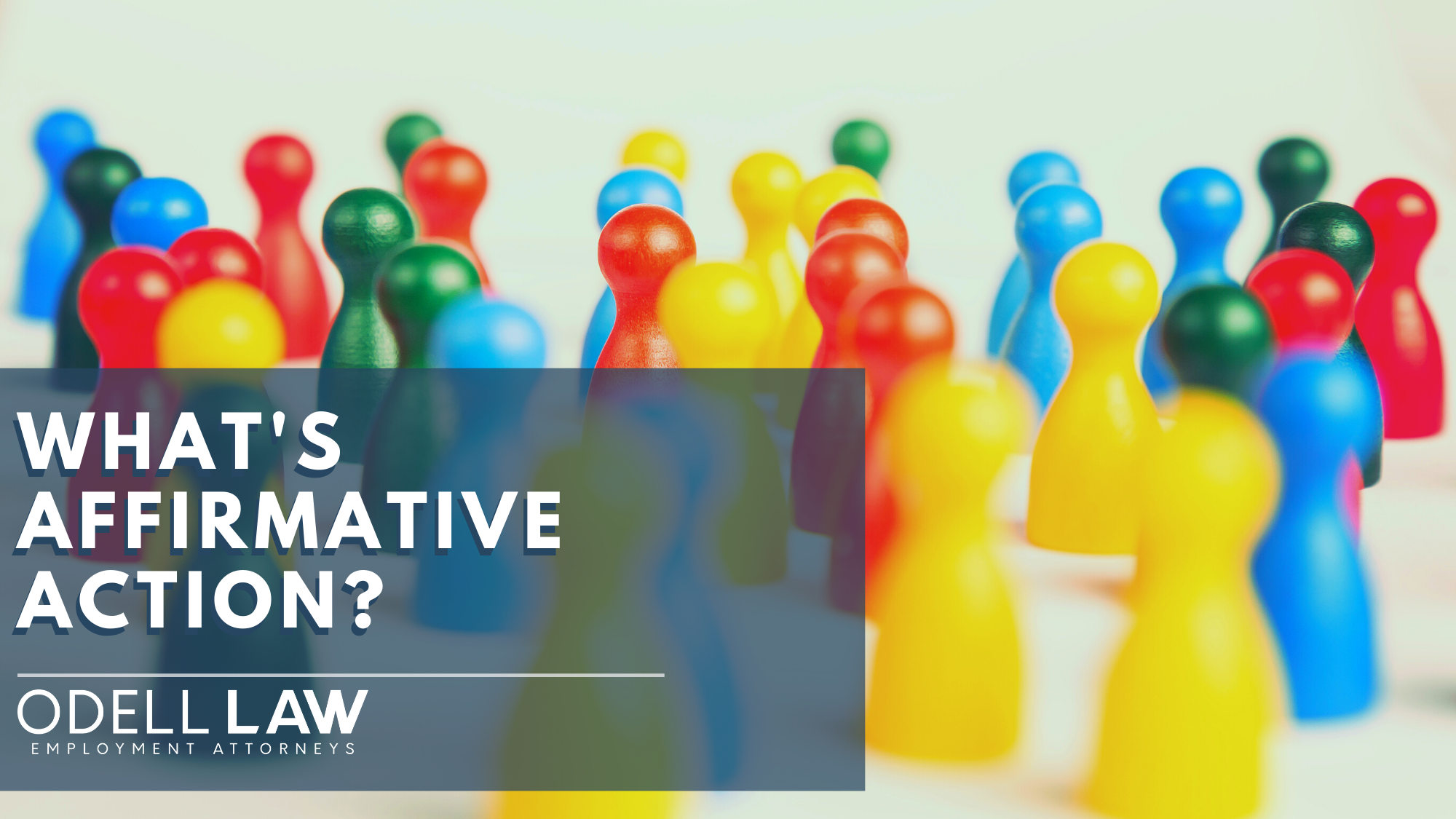 In simple terms, affirmative action is a set of policies or practices that work to increase diversity, typically in education or employment. Usually these policies are enacted to support traditionally underrepresented groups and ensure they are hired for employment or admitted into schools to promote diversity. In many situations, affirmative action policies may be necessary to achieve equality for certain groups that have been historically denied opportunities due to their suspect class.

Affirmative Action may take many forms. For Example:

Mark owns an advertising agency. He wants to increase the number of minorities at his workplace. To accomplish this, Mark takes steps such as developing outreach programs to find talented minority candidates or post jobs opportunities in areas with high numbers of minority job seekers.

However, the example above might still cause an employer some legal repercussions down the road. Although some may argue that it is necessary to ensure that marginalized groups are hired by employers, others claim that it gives certain people an advantage — while discriminating against others.

At the federal level, policies that discriminate based on race, must be narrowly tailored to serve a compelling interest. This is also known as the strict scrutiny test, which must be met when dealing with issues such as affirmative action. In other words, there must be no race neutral alternative that could achieve diversity in order for the policy to potentially be valid and legal.

Can a Private Employer Use Affirmative Action to Boost Diversity?

As a general rule, California private employers may use affirmative action measures in the workplace. However, in doing so, they must still comply with Title VII of the Civil Rights Act of 1964 and California’s Fair Employment and Housing Act (FEHA). Broadly speaking, these laws prohibit discrimination in employment on the basis of a person’s membership in a protected class.

To comply with Title VII and FEHA, an employer would need to ensure (1) there is a factual basis of discrimination for the plan, (2) the plan does not unnecessarily impede on the interests of employees who would not benefit from the action, and (3) is temporary in nature. In other words, the affirmative action plan must be for an important reason (for example if there is evidence certain groups were historically shut out of a particular workplace), it has to be limited in time, and cannot excessively harm others.

Let’s go back to Mark’s advertising agency, as described above:

Mark is concerned his agency company has never employed any minority employees. To accomplish his goal of a more diverse workforce, Mark decides to lay off several employees to replace them with minority workers. In this situation, the laid off employees may be able to file a discrimination lawsuit against the agency due to Mark’s decision to terminate them based exclusively on their race. However, if Mark instead chose to improve his recruitment plan to target minority applicants for hiring, this may better address Mark’s concerns without harming his current employees.

If you believe you have suffered from an affirmative action program, you may be able to file a claim against your employer. A Los Angeles employment lawyer can help you determine if you have a case, and advise you of your legal rights and options for moving forward.

Facebook
Twitter
LinkedIn
PrevPreviousI Got Fired for Talking about Wanting to Unionize. What Can I Do?
NextCan An Employer Revoke My Job Offer?Next