Can I Sue My Labor Union?

Labor unions began to form in the United States during the mid-1800s to protect the interests of employees in the workplace. During this time, workers were often subjected to dangerous working conditions and low pay – and had little recourse if their employer treated them badly. Thus, unions were formed as way for workers to band together and demand change for their working conditions. 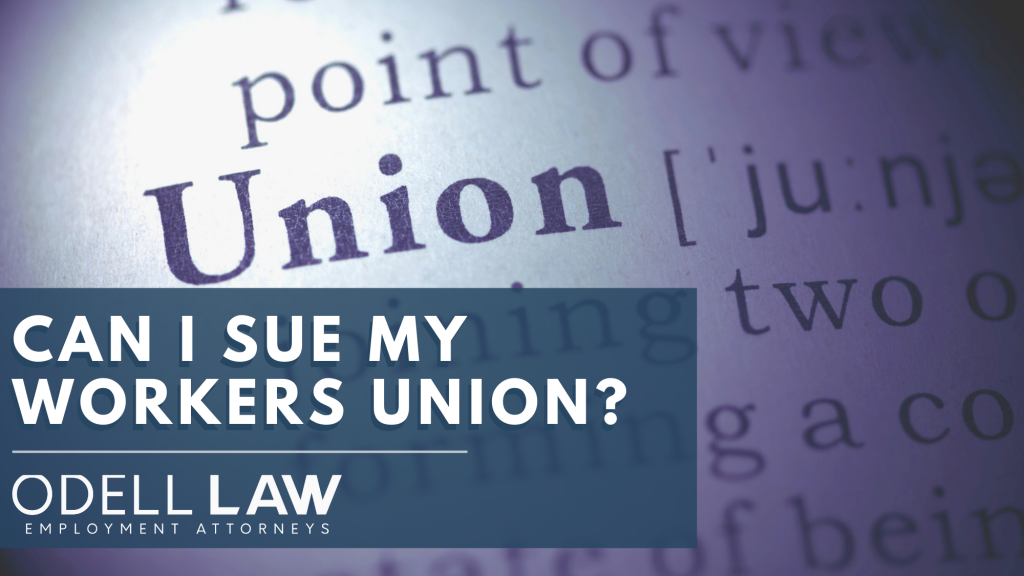 Of course, unions – like any other organization – may also break the law and treat their members poorly. If your union has violated your rights or its obligation to you in some way, you might be able to file a lawsuit against it. An experienced California employment lawyer can help you with the process, starting with a free consultation. During this appointment, an office manager will listen to your story and offer you their best advice in moving forward with your potential lawsuit.

What Are My Rights If I Believe that My Union Has Treated Me Unfairly?

Unions have a duty of fair representation, which means that they must represent all employees fairly, in good faith, and without discrimination. This duty was first recognized by the United States Supreme Court in 1944 in a case involving an African American railroad employee who alleged that his union discriminated against people of color. In the coming years, the Court issued a number of rulings defining what fair representation means for union members, further protecting employees’ rights.

Under the National Labor Relations Act (NLRA), unions are required to treat each of their members and non-members fairly, without discriminating one against the other, when pursuing a workers’ grievance or negotiation a new contract (bargaining agreement) with an employer. To be clear, this duty extends to all people represented by the union – regardless of whether or not they are dues-paying members or not. In other words, if you have chosen to not be a member of the union at your workplace, the union must still represent you during your grievance process, and fairly, regardless of whether you have paid dues or not. Here are some examples of how your union might be acting unlawfully on your behalf:

Consider a situation where an employer fires all of its latino employees, and then replaces those workers with caucasian employees. In response, the union does not protest these firings or the discriminatory treatment of the latino workers. In this situation, the union violated its duty of fair representation.

Note, the duty of fair representation does not require unions to pursue all grievances until the final stages or comply with the employee’s every wish and demand. The union is only prohibited from treating workers in bad faith or in arbitrary and discriminatory ways.

Similarly, unions do not have to represent employees in all grievances with an employer. However – at a minimum – the union should investigate the complaints and assist the employee in deciding whether to file a grievance and how far to take it in the process.

How Can I Sue My Union?

If you believe that your union violated its duty of fair representation, then you should first pursue all internal procedures. This may include filing an appeal with the international office of your union, if the local office refused to file a grievance on your behalf. Another option might also involve filing a claim with the National Labor Relations Board (NLRB).

You may also be able to file a lawsuit in state or federal court for a violation of its duty to fair representation. Unlike filing with the NLRB, going to court costs money and will typically require you to be represented by an attorney. The time periods for filing these claims are usually small, so it is important that you talk to a lawyer as soon as possible about your case.

These cases are complicated and usually involve a specialized area of law. If you believe that your union has treated you unfairly, then your best course of action is to reach out to a California employment lawyer as soon as possible.